Learning a language through songs is a good idea. The best criterion for choosing one is absolutely what you like listening to. For those who don’t know many Japanese songs yet, I will recommend some for you.

how to search for the lyrics of Japanese songs

The easiest way is search Youtube with the keywords like “the name of a song lyrics”.
You can search Yahoo! Japan with the keyword of “歌詞” accompanied by the name of the song for the full script.
If you wish to know the meaning of the song between the lines, you could search by adding “意味” in the search keywords.

If you have any question about the meaning of the lyrics, leave a message down below.

For the lyrics, visit this page.

Enka（演歌、えんか） is a genre of traditional.

So, what’s your favorite Japanese song? Let me hear about that!

This method is simple: just copy the texts by writing them in your notebook, no matter where the texts come from, be they from websites or books. At this digital era, I guess some of you might have forgotten these kinds of old techniques.

When you read a text in a foreign language, you will probably go on even if you understand some parts of it. You even do not notice

All the texts you have copied on your own are records of what you have viewed and learned. When you want to review it some day later, these records will be a good reminder.

All you copied is the proof of your hard work. And it’s apparent how much you have done. This will give you a great sense of achievement. 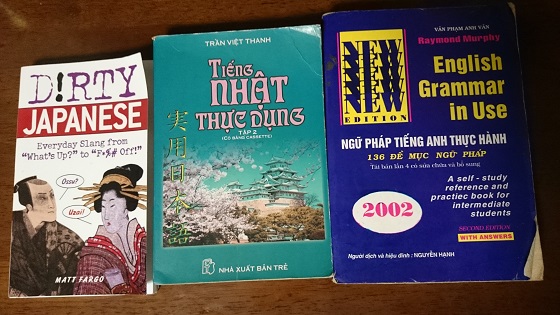 My method of using teach-yourself language books is to get my schedule automatically finish all the chapters to get a sense of achievement.
I put the more priority on managing my motivation than understanding what is taught.

Schedule when to do which page

Before you start a new book, decide when to do every chapter and the date you will finish it. On the final day as schedule, you will get to the end no matter what. And when your plan has been completed, you can make another plan to do the pages you missed.

Stick to your schedule

Even if you skip a chapter for some reason, move on to the next page as scheduled before. The priority is finishing the book. At the beginning, since there are too many stuff you don’t get, you might lose self-esteem. But by finishing something, you will get evidence that will give you confidence and a sense of achievement, which will bring about motivation.

Don’t be defeated by books!

Learning a language under independent settings is a matter of persistence. Keeping interest and motivation is a vital part.
Before they start, they make a great plan. But many people get disappointed with themselves once they fail to complete their plan and lose interests and motivations. In the worst scenario, it will lead them to give up language altogether. And this is one of the common reasons many people fail to learn a language.

Leave difficult stuff behind and keep on

Learning language can be tiring because of tons of tedious work. To tackle it, my priority is to keep your motivations by finishing textbooks up to the end.
Some people get distracted by difficult sections they don’t understand, but I recommend you first move on to the next chapter. You don’t need to get everything out of one chapter. If you encounter something necessary from the previous chapter, then you can go back. Maybe you will get it more easily than before.

Do it again and again

Even after I finish one textbook, I do the same one for the second round or more. I will understand more and notice new things. Words are a lot easier to memorize on the second encounter.

So, I hope you’ll find this useful and successfully finish textbooks.